A South American XI from this World Cup

Call it soccer or call it football, you cannot ignore South America’s magnificent presence in game. From Pele to Neymar, Maradona to Messi, Scarone to Suarez the continent has constantly churned out geniuses of the game decade after decade. Even when the FIFA World Cup wasn’t born, the game had been dominated and beautified by South American nations let alone the European power houses.

Come FIFA World Cup’14, South America is again in the limelight not just because of an array of supremely talented players but also that it hosts the mega event. Brazil, the nation of carnivals and the infamous favelas, will be the stage for this football bonanza.

I have been handed the task of choosing the South American XI for this event and I have compiled a list of 11 magical players. But the trouble with this kind of dream teams is that I had to leave out some great players for the sake of building a proper functioning XI with players to cover all possible positions on the field. My preferred formation is the 4-1-3-2 as South America gives me a lot of attackers whom I don’t want to exclude.
Let us begin from the defence.

Every great team usually has a great defence and this is what makes them great, the ability to hold the fortress. It doesn’t matter if a team has a super strong attack if it concedes a lot of goals.

I am forced to choose David Ospina over the likes of Cesar, Romero and Muslera. The man between the bars for Colombia currently under contract at OGC Nice, known for his athletics and insane reflexes, is being pursued by Arsenal as a replacement for Lukasz Fabianski. He is also the goalkeeper who has conceded the least number of goals during the South American qualifiers.

Click here to see some of David Ospina’s best saves.

After a lot of thought Dani Alves takes the spot and Pablo Zabaleta has to wait in the reserve bench. The Brazilian is very fast going forward down the right wing and is dependable at the back well. Although Barcelona didn’t secure any major tournament victories but Dani Alves won a lot of fans with his on field prowess and constant work against racism. The wall for Brazil. See here in PSG jersey.

Thiago Silva has been magnificent as well as consistent at PSG and has helped the club to secure Ligue 1 two years in a row. Greatness exudes this defender with his command both in air and in tackles.

Diego Godin was one of the players without whom Atletico de Madrid and Diego Simeone’s genius would not have found victory. Atletico lifted the Liga BBVA, subdued Real and Barcelona and Diego Godin’s market value reached an all time high. 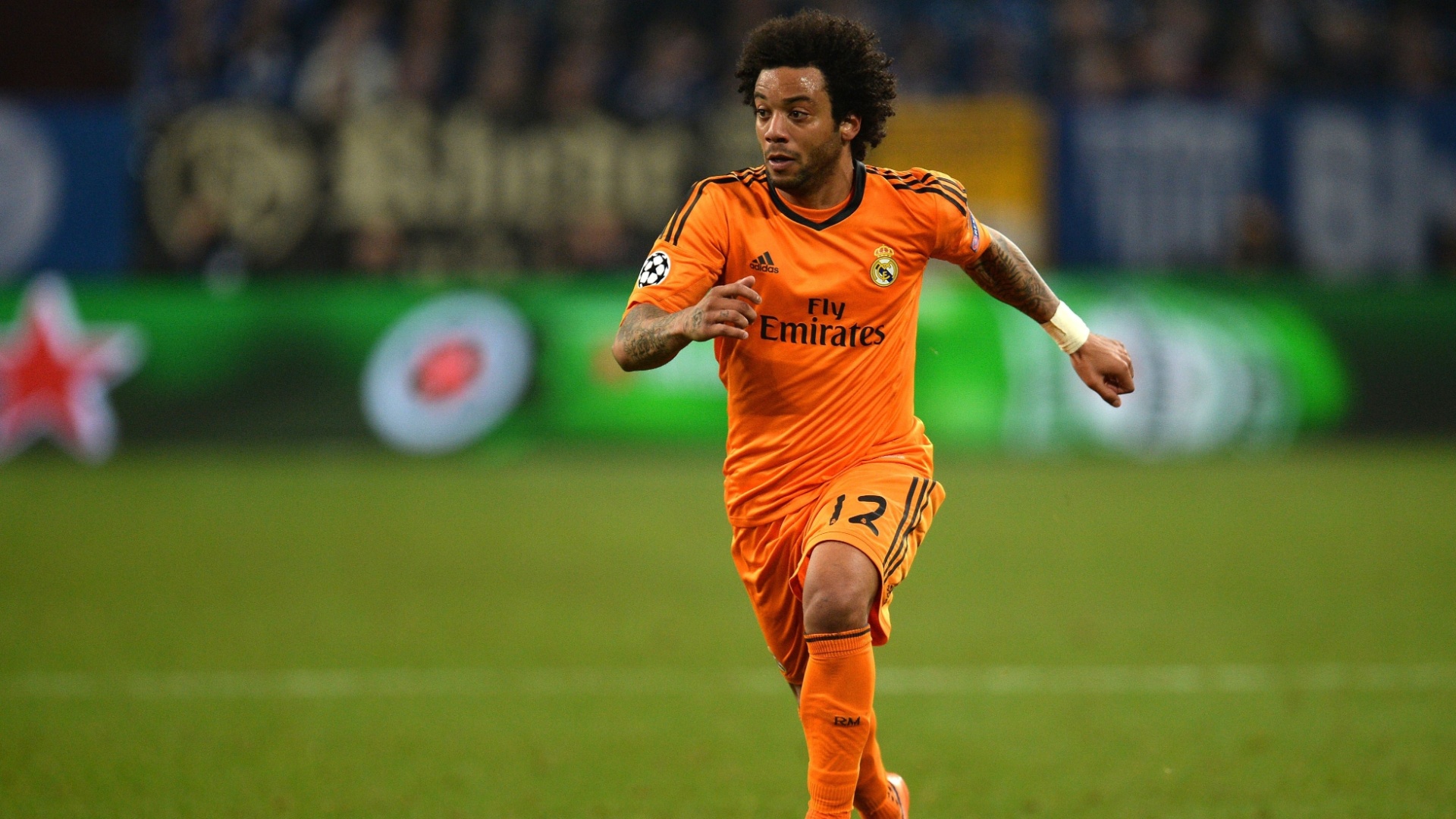 Marcelo in Real Madrid away jersey.

The third Brazilian, Marcelo will probably be on every South American dream team. Marcelo is said to be gifted with great technical ability, a fierce shot, and good passing. Mainly a left back, he can also operate as a left winger. He is very often compared to Roberto Carlos, who himself said Marcelo was his heir, the world’s best left back and that “Marcelo possesses a better technical ability than me“.

4-1-3-2 formation usually requires two strong and skilled central defending midfielders one of whom will be playing a holding role while the other plays as a box-to-box midfielder and playmaker. Rest of midfielders play a more attacking role up field.

An alternate position for David Luiz, but make no mistakes as he is the defender for whom PSG bosses shelled out a hefty £40 million transfer fee. His combination with Thiago Silva is also a bonus for the defence. David Luiz plays a holding and man marking role in my dream team.

The Chilean has been instrumental at Juventus’ dominance in the Serie A. Vidal is considered to be the most complete midfielder in the world currently because of his exceptional abilities as a playmaker,a box-to-box midfielder and the amount of support he provides both in defence and attack. He will serve as the midfield engine.

A compilation of Vidal’s goals and assists.

The perfect position for Angel di Maria, he can also double as a left winger. After a great season at Real Madrid, di Maria is one of the most coveted wingers right now. Slightly undervalued at Madrid due to the maximum limelight on Bale and Ronaldo, this Argentine has steadily impressed with consistent performances.

Magician Messi is the only name that comes in my mind when I think of this position. Passing, shooting, playmaking, dribbling, spot kicks, speed, skill are all the boxes this little Argentine checks. All dream teams are incomplete without the Argentine.

Messi and DiMaria will be crucial to Argentina’s attack.

This section provides a lot of options in the form of Kun Aguero, Edinson Cavani, Luis Suarez, Neymar to name a few. Radamel Faclao’s exclusion through injury from the Colombia squad came as a shock for the whole world. 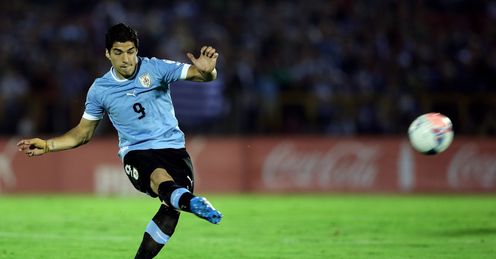 Suarez should maintain form in Brazil.

Luis Suarez has played his best game for Liverpool last season. 31 goals from 33 games in the EPL along with 12 assists and even after his injury it seems he will prove a tremendous threat to defenders. With his dribbling skills and his excellent finishing, Suarez has found the back of the net over and over last season and his fans all around the world will be expecting that he carries his form to the world stage especially when placed in a tough Group D along with Italy and England(Costa Rica being the fourth).

My choice is the Brazilian golden boy, Neymar Jr. He serves at the left wing for Barcelona but can adapt very well at the striker position. His agility and skills will complement the Suarez’s cheeky passes and given his diving skills, he is sure to gain a few penalties for his team. Not only has he got better at Barcelona but also has received the appropriate exposure to world football.

Read about the European XI from this World Cup